We advise the board and/or the executive management in the evaluation of the composition of boards and in search and placements of management and other key positions. We focus on selected mandates where our skills count. We are your partner in tailor-made solutions. With us, your contact with direct responsibility for the mandate is always the entrepreneur, who is highly experienced and has the instinct required to deal effectively with delicate and demanding issues. 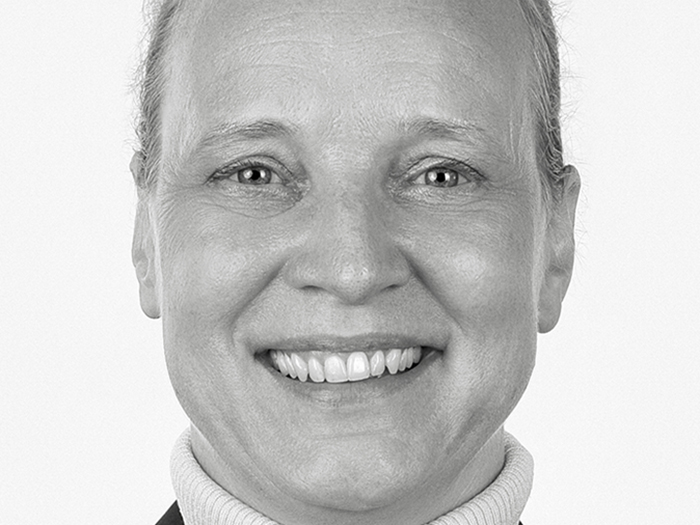 Dr. Denise Fessler focuses on wholesale and retail, the food and consumer goods industry and construction suppliers. She supports the board and management in filling the highest management and ad interim positions.

Denise Fessler graduated as a food engineer at the ETH Zurich in 1993, then completed her doctorate in technical sciences and trained as an industrial engineer STV. She began her professional career in 1997 at McKinsey & Co., working in Switzerland and abroad on projects in the consumer goods industry, retail, logistics, insurance, healthcare and non-profit sectors. After completing her finance-focused MBA at America’s Cornell University, she moved to the retail sector in 2002, where she managed an EPA/CoopCity department store. This was followed by a move to the Executive Board of Globus as Head of Management Services, where she managed logistics, organizational development including SAP implementation, Globus Outlets and, at times, HR.

In 2010 she moved to the construction supply industry. Initially, she worked as Managing Director of BauBedarf and Director Category Management & Purchasing at CRH Swiss Distribution and then as Director of the Business Unit Construction Machinery at Robert Aebi AG. At the same time, she continued her education in Corporate Governance at the University of St. Gallen. Before joining the Swisselect Group, Dr. Fessler was CEO of InnoPark Schweiz AG, a nationwide outplacement company serving 850 clients per year.

Denise Fessler is fluent in German, English, French and Italian. 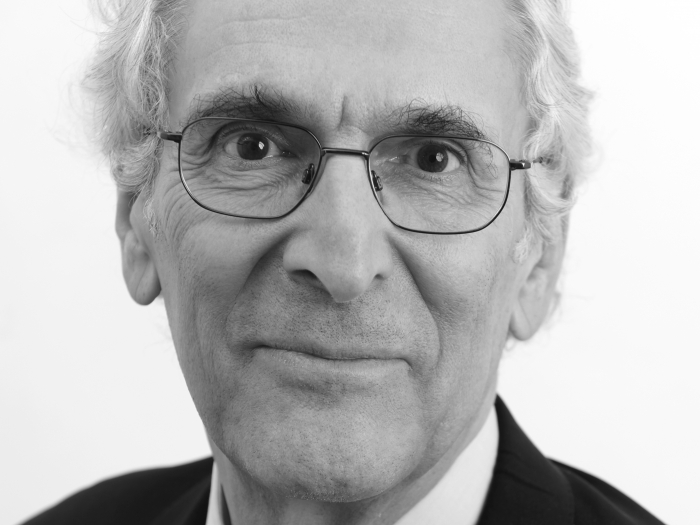 In the summer of 2002 Dr. Michael Rosenfeld established the DR. ROSENFELD CONSULTING – after 15 years in Executive Search in the same company. It incorporates an integrated approach to Executive Search and Coaching.

He advises the Board and/or the Executive Management in Search and Placements of Boards, management and other key positions Board & Management Appraisals and Coaching. His industry focus is mainly on the manufacturing industry and consumer goods/retail.

From 1998 to 2002 he was a Partner / Vice President in Korn/Ferry International. Before that, from 1988, he was a partner in the former Ray & Berndtson Company, which he joined 6 months after the firm was established. He played a major role in its growth, which resulted that by 1994 it was the second largest company of its kind in Switzerland. In 1998 the partners sold the company to the largest Executive Search company in the world.

Dr. Rosenfeld began his professional career in 1978 at Mettler Toledo in Greifensee near Zurich, where he rose to lead the development and production of thin films and photolithography. Thereafter, for 3 ½ years, he led a Business Unit in the field of medical-analytical apparatus at Tegimenta AG (a company in the Hoffmann-La Roche group) followed by the responsibility for the development department in the field of Office Automation.

Dr. Rosenfeld grew up in Zurich and graduated with a degree in humanities majoring in classical Greek and Latin. He went on to study physics at the Israel Institute of Technology in Haifa from 1969 to 1973, followed by a PhD in 1977 from the Swiss Federal Institute of Technology (ETH), with a major in solid-state physics. He possesses the Diploma from the Higher Teaching Institute as a high-school teacher and has completed the 2-year management course at the Institute of Management and Staff training. 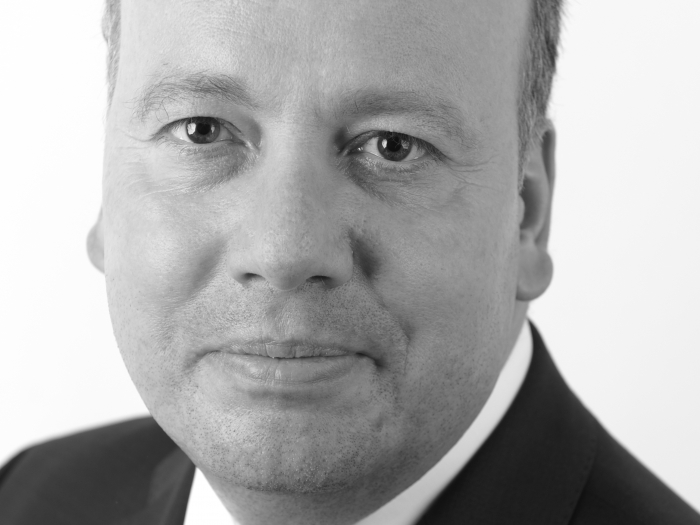 Since 2009, he has been acting as an entrepreneur in the search and selection of senior managers and executives. In 2014 he took over the swisselect group, which he expanded in a leading executives selection company at the sites of Bern, Zurich, Basel, Vevey, Zug and is now leading the group as owner. Furthermore, he is the owner of the NachfolgePool Schweiz GmbH, which is among the pioneers of family-external succession regulation companies.

Daniel Burkhalter began his professional activity in 1994 at the Hamo AG as a development engineer, where he was last responsible for the technical sale for the US. Afterwards, he was sales director in the Special Machine Construction sector (Technica AG), Medical Technology (Mikron), ICT Industry (Ascom) and in the Hightech Industry (Stoppani). From 2006 to 2009 he led for 3 ½ years TSE Troller as a CEO, which is leading technologically the Liquid Coating Industry.

Daniel Burkhalter completed his primary and secondary school in Solothurn, followed by an apprenticeship as a technical draughtsman at the ETA SA in Grenchen.  From 1991 to 1994 he studied engineering at the technical college of Biel. Furthermore, he possesses a postgraduate diploma of the Management School St. Gallen. 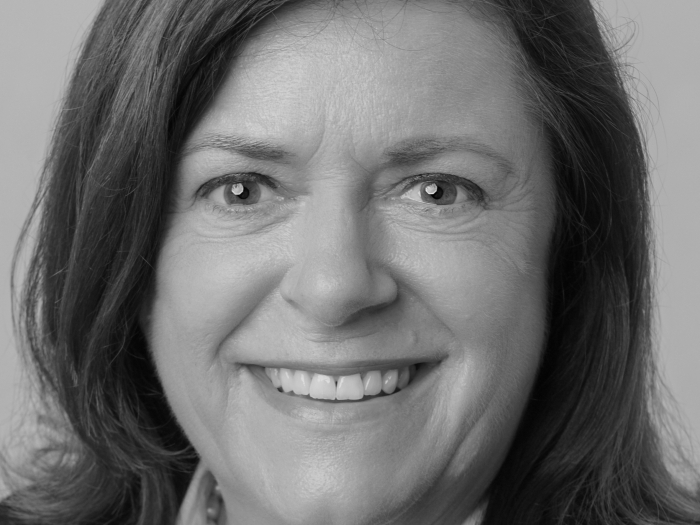 Susanne Buri's activities are like a red thread in the main topic of health policy. She focuses on these five sectors: Health, Ageing, Social, Education and Insurance. Susanne Buri supports top committees in filling boards of directors and management positions. Her activities include non-profit and association organisations as well as public administrations at all levels.

Susanne Buri studied Business Administration, Management, Leadership, Management and Politics in Health Care (Master of Advanced Studies in Health Service Management) at the University of Applied Sciences St. Gallen. She did this on the basis of training with the Association of Swiss Social Security Experts (SVS) and various engagements such as Compasso, Network Business for Professional Women, International Center for Corporate Governance.

Her passion for bringing together top companies and top people is also her success, because Susanne Buri can build on triple practice: On many years of commitment in small (former SME entrepreneur) and large (management of health and employability of two groups), on versatile consulting and lecturing with correspondingly networked work and knowledge in economy and administration and last but not least 5 years of professional experience in executive search. 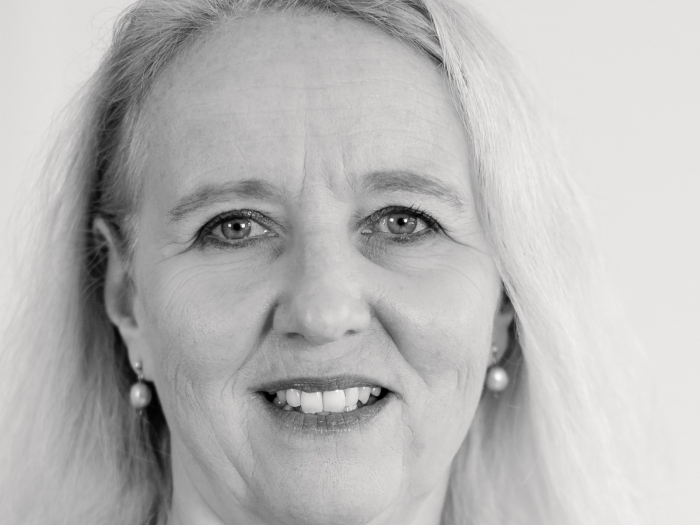 Silvia Hunziker Rübel has been working as a partner at Dr Rosenfeld Consulting since the beginning of 2021. She has more than twenty years of leadership experience in the human resources sector in national and international consulting, technology and energy companies. With her in-depth industry knowledge and many years of experience in attracting talent, she supports board members and the management as a sparring partner in filling key positions at top level and ad interim management positions.

Prior to joining Dr Rosenfeld Consulting, Silvia Hunziker Rübel worked in the energy sector as Head of Human Resources at CKW (Centralschweizerische Kraftwerke), a subsidiary of Axpo Group. Previously, she was an external consultant and ad interim manager in business transformation programs in the corporate area of a large Swiss universal bank and a global pharmaceutical company. In her work as HR Manager and Member of the Executive Board of Swisscom IT Services, she led the Human Resources division from 2009 to 2012, managed various company acquisitions and integrations and led a large culture and change project. Prior to that, she worked for seven years at Avaloq Evolution AG, where as Head of HR, she was responsible for the development of the HR division and actively supported the management in the transition of a start-up into an SME company. From 1998 to 2001, she was responsible for attracting talents for the Swiss office of McKinsey&Co in Zurich and New York. She initially joined the HR business as HR Manager with PwC where besides leading the HR organisation she was responsible for setting up the SAP Unit of Price Waterhouse Management Consultants in Switzerland and Italy.

Silvia Hunziker Rübel, is committed¬ to the idea of reconciling work and family life as promoter of the first coworking space with childcare in Zurich. She also works as a mentor for students of the EMBA at the Technical University of Munich.